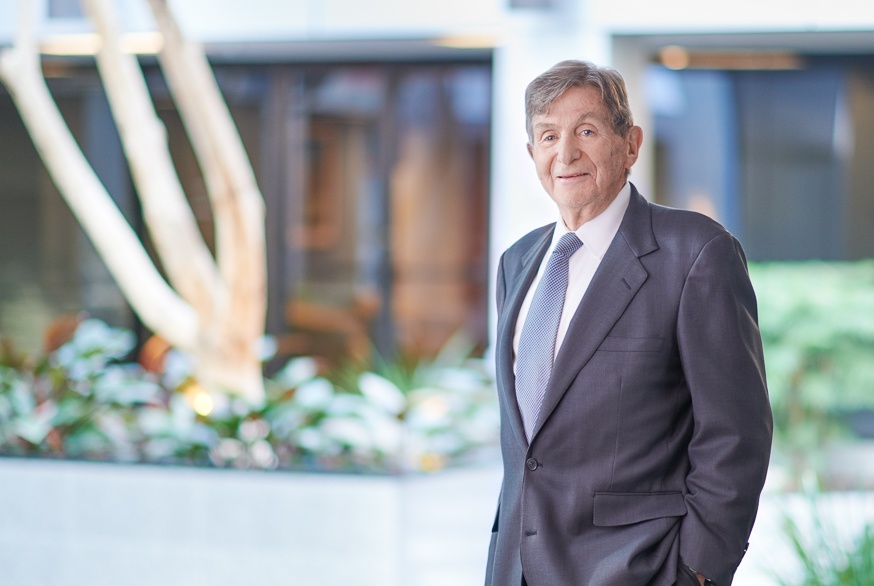 It is with deep sadness that we announce the passing of our friend and one of our founding principals, Lawrence D. Ross, who passed on December 14, 2022. Most recently, Larry served as a Principal Emeritus to the firm. He was 81.

Larry was a business and commercial litigation attorney who represented many financial institutions, brokerage firms, investors, hedge funds and others.  He had more than five decades of in-depth experience in litigation and appellate proceedings for a broad range of business, securities, and individual matters in state and federal courts, and before arbitration panels.  His experience also included structuring and negotiating business and real estate transactions, counseling foreign corporations doing business in the United States, as well as drafting all appropriate documents.

Before joining Bressler, Larry served for three years with Dewey, Ballantine, Bushby, Palmer & Wood; two years as an attorney and Acting Chief Counsel of the Lawyers’ Committee for Civil Rights Under Law in Jackson, Mississippi; three years as an Associate Professor at Hofstra University School of Law; and six years with AT&T in its federal regulatory group.  He was a graduate of New York University School of Law, where he was a John Norton Pomeroy Scholar, an Arthur Garfield Hays Civil Liberties Fellow, and an Editor of the New York University Law Review.  He then received a Master of Laws degree from N.Y.U. and studied Comparative Law at the University of Paris Faculty of Law as a Ford Foundation Fellow.

Larry was not only an icon and a visionary at Bressler, Amery & Ross, he was a dear friend and colleague who took the time to get to know every attorney and staff member in the firm. A great intellectual, Larry was passionate about the law and tirelessly advocated for his clients.  He paved the way for the firm’s growth and continued success. He will be sorely missed.